The announcement was picked up by Phoronix and discussed on Reddit among other places. It seems readers are either unsure of the purpose or very happy with the announcement. As such I plan to create a verbose video explanation to aid in understanding and marketing the concept.

The initial usage numbers are promising although without the unique identifier provided to download.opensuse.org by zypper it is impossible to get a clear number of users. 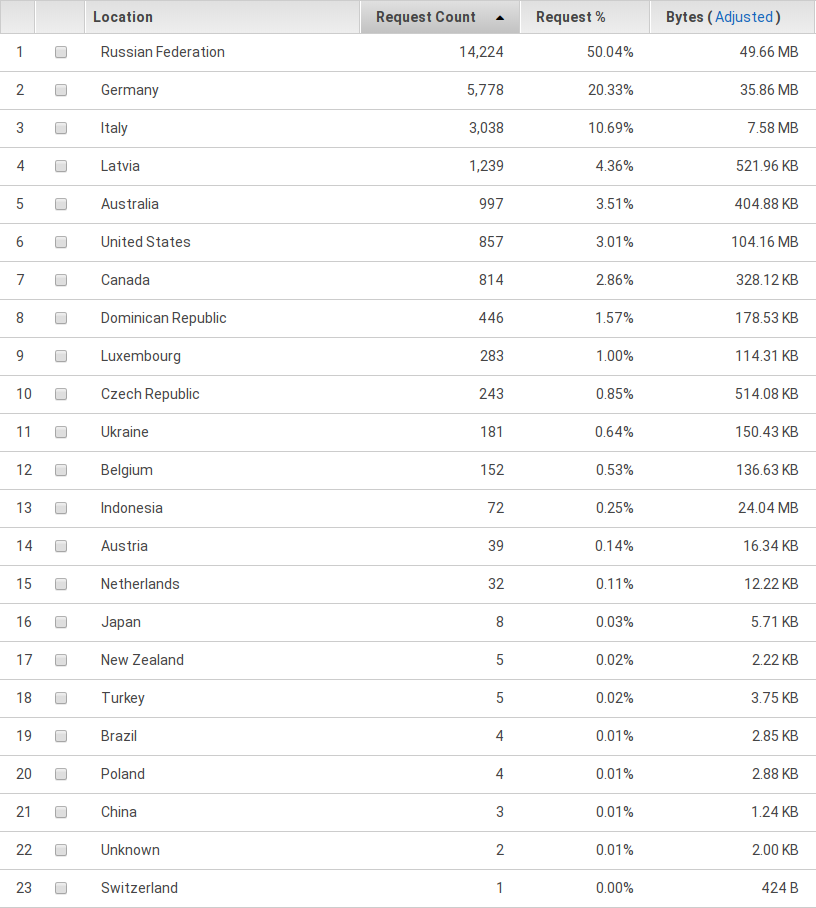 The bandwidth usage is relatively low, as expected, since users are generally updating to the latest snapshot and thus being redirected to the normal mirroring network.

One of the long-existing caches used by repo-checker for cycles information was observed, by lnussel, to be in excess of 20GB. The size of the cache was slowing things down rather than speeding them up. The cache was restricted to just target projects (ex. Leap 15.0 or Factory) and no longer includes staging projects. This resolved the issue while still caching the relevant bits and dropped 5-10 minutes off the cycle check.

At this time last year I created the initial prototype for snapshotting the main product repositories and individual OBS project repositories. The Tumbleweed snapshots prototype was announced on the opensuse-factory mailing list and received several dozen users.